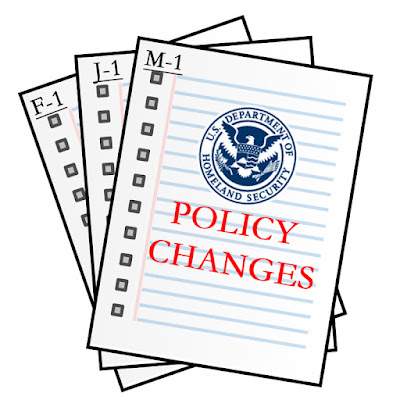 Filipinos working and studying in the United States under the J-1, F, and M nonimmigrant visas should take note of the proposed changes in the manner of calculating unlawful presence by USCIS.

The policy memorandum which was posted on May 11, 2018 s in line with President Donald Trump’s Executive Order: Enhancing Public Safety in the Interior of the United States and is set to take effect on August 9, 2018.

The policy amends Section 40.9.2 of the USCIS Adjudicator’s Field Manual by adding a section concerning F, J, and M nonimmigrants and the manner of calculating their unlawful presence.

The day after DHS denied the request for an immigration benefit, if DHS made a formal finding that the individual violated his or her nonimmigrant status while adjudicating a request for another immigration benefit;
The day after their I-94 expired; or
The day after an immigration judge or in certain cases, the Board of Immigration Appeals (BIA), ordered them excluded, deported, or removed (whether or not the decision is appealed).
Individuals in F, J, or M status who fail to maintain their status on or after Aug. 9, 2018, will start accruing unlawful presence on the earliest of any of the following:

Those subject to the three-year, 10-year, or permanent unlawful presence bars to admission are generally not eligible to apply for a visa, admission, or adjustment of status to permanent residence unless they are eligible for a waiver of inadmissibility or another form of relief.

Nonimmigrants holding F, J, or M as well as those who previously departed the United States are strongly advised to consult with a US immigration lawyer to verify their status or to clarify any questions that they may have.